IT in Business - The New Mantra for the CIO

The Role of DCIM in a Lean, Clean and Mean Data C

Technologies Taking Industries to the Next level o

The Evolution of RPA to IPA -- Adding 'IQ' to the Bots 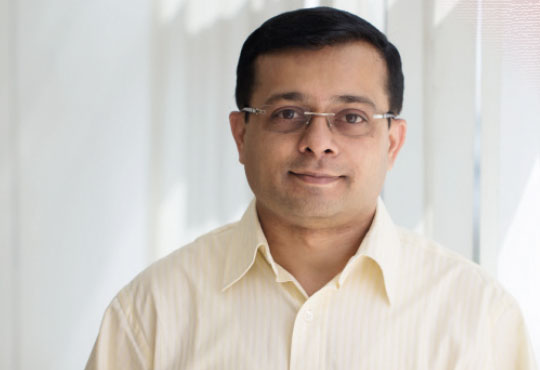 Automation is a buzzword amongst all industries, presently. The true visionaries in most of the industrial sectors have started adopting automation which empowers businesses to work smarter and improve process outcomes radically. If we look back into the course of history, we can see that Automation has existed from the last few decades itself. The Industrial Revolution of the 18th and 19th century, introduced mechanical automation in manufacturing and the journey of automation still continues in varied forms and processes.

While RPA or Robotic Process Automation is misconstrued to apply to physical robots only, RPA has its virtual avatar in the form of the use of software to perform processes and functions with a set of pre-defined rules and logic to structured data. In the last few years, the RPA industry has been advancing extensively and a new niche of RPA has emerged, known popularly as the Intelligent Process Automation or IPA. With availability and easy application of New Gen technologies, intelligent and self-learning techniques such as, machine learning, deep learning and natural language processing (NLP) and machine vision, RPA has become Cognitive and developed a human like IQ. These cognitive capabilities have made the RPA more powerful and transformational to meet the next generation digital disruption requirements.

Introducing the ‘Intelligent’ Angle to RPA

Robotics Process Automation implementations that currently exist in real world does not possess the cognitive intelligence capabilities. ATM’s are an example for this. They replaced human bank tellers making cash withdrawals easy, customer friendly and cost efficient. However, currently, these machines cannot go beyond the coded logic of dispensing cash or statements. In future, by adding intelligence into automation we can expect cash machines, that can go beyond the stated task of dispensing cash and we can expect those intelligent machines to predict the withdrawal patterns of a consumer or predictions on how much cash should be stocked at the machine based on average withdrawals and much more.

Adding an organic layer of intelligence and cognition in RPA, transforms it to the more superior technology, Intelligent Process Automation (IPA). The most desirable characteristic of Intelligent Process Automation is that it provides businesses with the ability to ‘think’ as humans do. Along with the enormous amounts of data that are fed into these software applications, IPA is enabled with cognition to crunch, analyze, interpret and even decide the best course of action. Industries seem to have struck gold with their analytics efforts, with IPA having the ability to transform data into insights and enable the power of decision making. This eventually drives not just cost reduction, but also, various other business strategies. IPA can enable a better customer experience, reorganization and business process enhancements. According to Deloitte, an RPA software robot is capable of performing a list of more than 600 actions in a given sequence. There is an increased demand in all sectors to automate repetitive and dreary tasks. While, automating such tasks, human capital can be channeled towards more substantial and value added work, with intelligent process automation, there is an opportunity to rethink and industrialize most processes within an organization.

Artificial Intelligence (AI) has evolved profoundly in today’s day to mimic human intelligence. The various branches of AI, for instance machine learning, deep learning natural language processing and speech recognition enables RPA to respond cognitively in any scenario. Machine Learning and Deep Learning enables RPA with the ability of the system to evolve and recognize patterns through data inputs. Extensive examples serve as learning models which the system stores for future decisions. Similarly, Natural Language Processing (NLP) and Machine Vision are also cognitive models that have the ability to interpret human language and images and visions respectively. With the advent of artificial intelligence, the RPA industry has evolved from being rule based to becoming cognitive and predictive. McKinsey & Company reported that up to “45 percent of the activities individuals are paid to perform can be automated by adapting currently demonstrated technologies.” Irrespective of the industry, IPA is bound to be a game changer and will herald a new age industrial revolution.

With the power of cognition added to RPA, IPA becomes the new favorite amongst all industries. In manufacturing, IPA can help in process optimization and problem solving. In retail, it can help in self-service and better customer engagement and problem solving, through personalization and assisted decision making. In banking, IPA can be a game changer by streamlining backend repetitive and mundane processes and also in assisting in customer engagement and information sharing. In contact center, it can enable better agent productivity and C-SAT by addressing the issues and queries more accurately and cognitively. Intelligent Process Automation is the next wave of business efficiency and the future of automation seems to point towards a confluence of enterprise systems and intelligent automation. Corporations will look to adopt service and technology that will most likely interconnect with their existing systems as well as newer, quicker and smarter technology. It goes without saying that automation will never be the same again as most players would love to share a piece of the artificial intelligence pie and are guaranteed to get desired results.

How Machine Learning is shaping the world

By Vikram Pawar, CEO and Cofounder,TechChefs

How AI Can Drive Socio-economic Transformation